By Christian/30th March 2018/No Comments 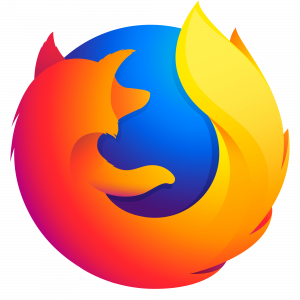 Mozilla Corporation has implemented new technology by creating a Firefox extension in an effort to isolate specific social media data collection and improve the security of web browsing users.
The well-known browser maker has launched the Firefox Container as a consequence of the recent Cambridge Analytica incident and ongoing investigations of Facebook’s data mishandling aspersions. In response to the security breaches and controversy surrounding the misuse of Facebook user data, Mozilla accelerated the release of the Facebook Container add-on technology, which was previously in the development process with other plugins.
Data analysis firm, Cambridge Analytica, purportedly collected millions of Facebook user data without consent, leading to a potential value for the Trump presidential campaign. As a result, Facebook’s CEO made a public commitment to implement limitations on developer access to user data. Unsatisfied by these limitations, Mozilla has removed advertisements from Facebook as an additional response to Facebook’s data collection practices.
As Facebook’s default privacy setting remained problematic, Mozilla expedited the premiere of the Facebook Container extensions, empowering its web browser users to maintain and increase the regulation of their online privacy and security features.
Further examples of Mozilla’s ongoing commitment to security and usability can be noted through their Extended Support Release of Java Plugins this year. In 2017, Mozilla Firefox announced the removal of the Java Plugin support from its latest version of the web browser. Bank of Ireland addressed this impediment of access to their business clients concerning the Business On Line feature. As a result, Mozilla ensured functionality for older versions of the web browser for such issues while developing a solution towards future plugin support and integration as promised and executed in 2018.
As Irish businesses increase their use of online advertisements through Facebook, concerns were taken into consideration by Mozilla and other web browsing pioneers, despite their own removal of ads in protest of negative data practices. This is highlighted through ongoing developments made by Mozilla to improve usability, the security of plugins, and extensions for business users in Ireland and various locations in Europe.
As noted in the Facebook data security breach and Bank of Ireland inconvenience, Mozilla Corporation demonstrates a continuous development of technology towards user privacy and usability, with an involved interest of their users alongside their corporate responsibility and focus on technology improvements.