Windows 10 is the newest and last release of the Microsoft’s operating system, it will be released this summer. The company has learned from it’s past mistakes when customers were apprehensive about upgrading previous versions of Windows. The current plan is to have automatic updates, leaving all the technical work to the professionals.
The Windows saga almost plays out like a spy novel, including it’s long list of codenames. From 3.1’s Sparta to NT’s Wolfpack and the newest moniker for 10 being Threshold. There is a logical explanation, some names have a relationship to where they were developed or shipped from and others are references to Xbox games. Aside from techie’s, most consumers are never aware of these pre-release references. 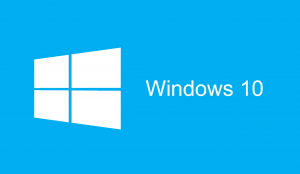 There will be seven versions of Windows 10, which will be run by Windows server 2016. The first version, Home, is aimed at the everyday user of PC’s and tablets and comes with fingerprint and face recognition software. Education has been made specifically for use in schools and will include the ability to obtain mass licensing. Next, is Mobile, specifically for use with touch screens like smartphones and tablets.
Business versions such as Mobile Enterprise, will be equipped with stronger security measures and mobile device management. Additional options include, loT, which will be implemented into ATM’s. Pro is aimed at small businesses, but includes the same security measures of the Mobile Enterprise.
Common features on all seven of upgrades will include, a tiled interface, a color change in emojis to gray and providing customers’ remote capabilities to install features on all their devices. The new start menu will be a blast from the past for loyal users, as it is almost identical to the original. Gone is that confusing flip-switch view, Microsoft has decided to stick with the tried and true task bar. One of the best features is the new age ability to use keyboard shortcuts in the command bar. 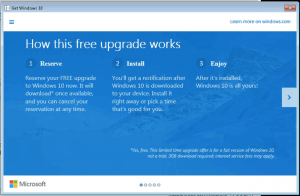 Now, how much will all this new technology cost, it’s actually free for the first year to current Windows 7 and 8.1 users. For those who find it impossible to wait until summer, you can try Windows 10 now for free. Simply log into your Microsoft account and choose from a download for your PC or smartphone. You will have the ability to choose from 111 languages and gain access from 190 countries.