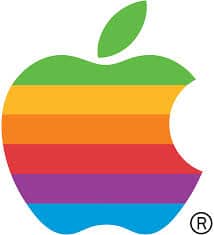 By Christian/6th May 2015/No Comments

The new Apple iPhone 6 plus is the most drastic upgrade to the iPhone series yet, and it may not be for everyone. While many think bigger is better, this might not always be the case, though it does have its perks.

Pros:
Long battery life. The iPhone 6 is the first in its series to have a decent battery life. Most users report being able to get through a full day without having to recharge.Brilliant display. The new screen size is fantastic for watching videos, browsing the Web or reading ebooks.Stunning 8 megapixel rear facing camera and 1.2 front facing camera. Picture quality has improved greatly since the last generation.
The call quality seems to have been improved significantly. Both the speaker and the microphone have been improved: calls are much clearer, and you sound clearer to the other person as well.
It’s less fragile than previous iPhones. Normally it was one drop on the ground and back to the Apple store, but some users report having dropped it a few times with no ill effects so far.
Cons:
It’s only got one, bottom facing speaker. With such a large size, many were hoping for a front facing speaker as well.
It’s massive size makes it difficult to fit in some pockets, and it feels a bit awkward holding up to your ear.
Single-handed use proves to be quite difficult. It’s large width and curved edges make it difficult to reach the home button with your thumb while holding the device in the same hand, for example. This may not be a problem for seasoned Android users who are used to having to use both hands.
Many of the Apps that you have come accustomed to may still have not been updated to support the new iOS.
Putting a case on the iPhone 6 plus makes it even more massive.
Charging the battery takes a long time: about two to three hours from 0% to 100%. Don’t forget to throw it on the charger before bed!
The on/off button has been relocated to where the volume buttons used to be. Not too big of a problem, but a bit annoying until you get used to it.